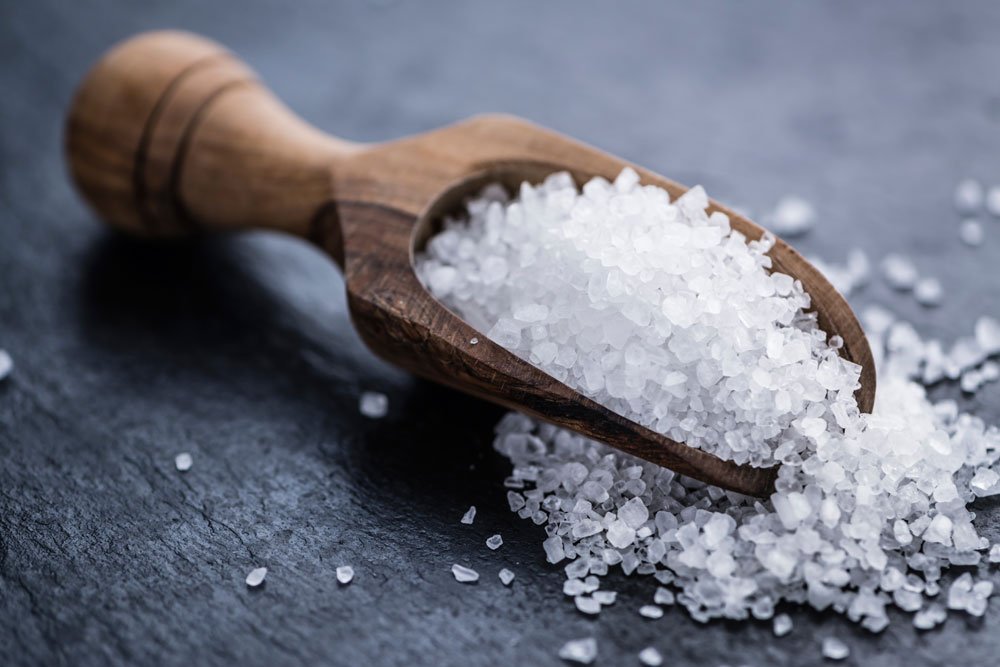 ‘Salt arises from the purest sources, the sun and the sea’.

Salt is a familiar substance, yet like many ordinary things, salt is taken for granted. In order to understand its healing properties we must understand its nature and mystical contradictions.

Salt has been a prized substance that fascinated people for thousands of years and was not always easily available. A sign of privilege and prestige, obtaining salt required effort and ingenuity, it created trade and war, and even became a form of currency in Rome (‘salary’ from Latin salārium).

Salt is the only rock directly consumed by humans, and seen through the lens of alchemy, salt links the earthly with fire (sun) and water (sea) and expresses one of the oldest concepts of the universe: duality. Salt reflects the balancing of opposing forces—constructive and destructive. The function of salt is to preserve, and yet salt also corrodes; it dries but is itself pulled from water.

Alchemists, such as Paracelsus, knew this and believed that all living things were under the balance of three “principles”: salt, sulfur, and mercury. He thought that by understanding the Alchemical Trinity (Tria Principia) a physician would discover the cure for diseases.

Salt, with its balancing properties, is an electrically neutral ionic compound. Ions are atoms that take on an electrical charge, positive (anions) or negative (cations). When anions and cations bond, the charge is neutralized and the result is called a salt. Negative ions are health promoting and salt crystals naturally create negative ions, so halotherapy rooms are rich sources. Halotherapy is dry salt therapy, which consists of breathing in a salt-saturated environment. This can can be created by using Halogenerators, which mechanically grind pharmaceutical salt crystals into micro-particles of vaporized salt, then blowing the particles into a highly concentrated area of closed-in space where they enter deeply into the respiratory system. Halotherapy benefits include Stress Reduction, Increased immune health, improved skin conditions, and improved Respiratory symptoms, among many others.